A Strange Day on Planet Earth 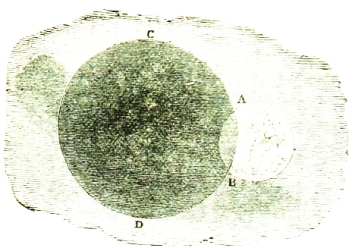 Like many of the eight million souls in proximity, I seem to be always somewhere on this circle of inquiry: Why do I live in New York?  Is this really living, what we do in New York?  How could I ever live, if not in New York?

The cycle may happen over a year, or as today, a few times between Bedford and 1st Avenue.  Then I happen upon two men—one with a glorious white beard, the other with a non-ironic and massive mustache—having a loving, shouted conversation in Spanish across the train tracks in the Dekalb L station.

And I feel the strange pull of the city drawing me in closer, like a moon to some wayward planet.

Image: modified from page 41 of Kasi, or Benares, the Holy City of the Hindus, compiled by John Murdoch, 1894, via British Library on flicker